Albertans need a plan to balance the budget

Without a plan, the government is flying blind 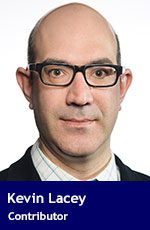 It’s ironic to procrastinate on planning. Sure, things will change, and any plan will have to change too, but it’s still essential to have some ideas about where to go and how to get there. There will never be a better time to make a plan.

Yet Alberta is putting off its financial planning.

It hasn’t always been this way. Premier Jason Kenney campaigned on a plan to clean up the government’s budget mess and put the finances back on the right track. And Albertans gave him an overwhelming mandate.

While unforeseen circumstances ripped apart that budget plan, the finances are now improving, and taxpayers expect the Kenney government to put together a new plan to get the province back in the black. The projected deficit for 2021 has declined by $10 billion. But now, Finance Minister Travis Toews said he won’t set a new plan to balance the budget until the government knows more about the long-term impact of the pandemic.

Many experts believe COVID-19 isn’t going away entirely anytime soon. If that’s the case, when can Albertans expect a plan to balance the budget? Will it be in a few months? A year? A few years?

Without a plan, the government is flying blind. The government has to make decisions about pandemic spending, health care pressures, and rising costs due to inflation. It’s difficult for a government to decide when there is nothing to guide the consequences of those decisions.

Toews claims he can’t present a plan to balance the budget because of volatility caused by COVID-19. But that ignores other provinces such as Saskatchewan and Manitoba that have set targets to balance their budgets.

Having a plan gives the government a clear direction and sends a signal to taxpayers, interest groups and unions about what to expect. And it keeps caucus in line when their political urges push them to spend more money the government doesn’t have.

Toews has introduced two other fiscal anchors to guide responsible government decision-making. The pillars include keeping net debt to GDP below 30 per cent and aligning per person spending with other major provinces.

These anchors are steps in the right direction, and the government’s first-quarter budget update shows the province is starting to climb out of its fiscal hole. But more is needed.

A concrete timeline to balance the budget would put some pep in the government’s step when it comes to reining in out-of-control spending. While the anticipated deficit for 2021 has declined, almost all progress was due to higher resource revenues. Government spending is expected to be $800 million higher than originally budgeted.

While stronger resource revenues are helping in the short term, Kenney will need to tackle the government’s spending problem to get Alberta back to fiscal sanity.

The Blue Ribbon Panel on Alberta’s finances said the government would be spending $10.4 billion less every year if its per-person spending was brought in line with comparable provinces such as British Columbia, Ontario and Quebec.

Keep an Eye on Alberta

Big deficits and runaway spending won’t get Alberta out of this economic mess. If all that was needed were more bureaucrats spending more money, the NDP would have cured Alberta’s economic woes long ago.

Seeing the deficit decrease is good. But the government now needs to demonstrate that it’s serious about straightening out the province’s finances. Kenney and Toews need to stop procrastinating and make a plan to show Albertans what it’s going to take to balance the budget and live within taxpayers’ means.

Kevin Lacey is the Alberta director with the Canadian Taxpayers Federation.